Kadamba is a quick growing tropical tree reaching up to a height of 45 meters. The tree looks pleasant with its large glossy leaves, umbrella-shaped crown, and a cylindrical bole. The bark of the young tree is grey and smooth but turns rough and fissured upon age.

The kadamba tree is well known for its small ball sized round flowers that come in orange to yellow color giving a pleasant smell and its own uniqueness to the tree. The fruits are round and fleshy with numerous tiny seeds. The seeds appear in trigonal or irregular shape. 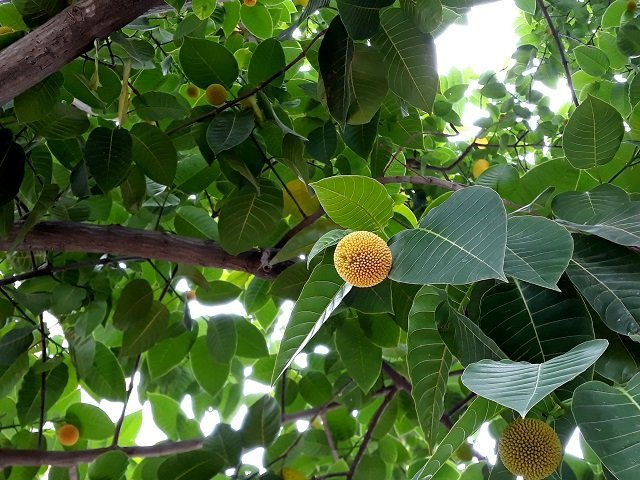 It can reduce blood sugar levels

Several studies conducted on kadamba tree have proven that the leaf, bark, and roots are efficient in reducing the blood sugar levels.

A study conducted to test the glucose tolerance efficacy of Neolmarckia cadamba leaf had shown that methanolic extracts of the leaves have the beneficial effect in reducing elevated blood sugar levels in mice (1).

The alcoholic and aqueous extracts of the root are also known to possess antidiabetic activity (4).

Neolmarckia cadamba was well known for its wound healing properties since ancient times.

Studies conducted using the plant extracts shown that wound contraction was significantly stimulated with increased tensile strength at the same time it was reported that there was a decrease in wound healing time and the scar visibility (5).

It has pain and inflammation reducing properties

In India, Kadamba tree leaves are used from the ancient times to reduce the pain and inflammation by tying them to the inflamed parts using a cloth.

Several studies conducted on laboratory rats also proven that the tree leaves and bark are known to processes analgesic and anti-inflammatory properties (6,7,8).

Works as an antibacterial and antifungal agent

In folk traditions, the Neolmarckia cadamba paste was used as an antimicrobial agent to treat skin diseases.

Studies also concluded that the extracts of the plant are potential against several bacteria like Escherichia coli, Proteus mirabilis and Staphylococcus aureus and fungi like Candida albicans, Trichophyton rubrum, and several Aspergillus species (9,10).

The alcoholic and aqueous extracts of the kadamba fruits also works as an antibacterial agent against bacteria like Pseudomonas aeruginosa, E. coli, Staphylococcus aureus (11).

It may act as sedative

Studies conducted on the different animal model had proven that the extracts of kadamba bark process sedative effect (12).

The laxative effect of kadamba may help in preventing constipation. Extracts of the bark were evaluated using the laboratory rats had proven that the bark extract has a significant laxative effect and also diuretic activity (13).

Neolmarckia cadamba is also known for its protective effect against seizures, which is a disturbance in the brain caused due to the uncontrolled signal activity which can lead to unconsciousness, confusion etc.

Studies conducted on animal models had proven that the bark extracts have an effective antiepileptic effect (14).

It has liver protecting properties

Studies conducted using chlorogenic acid isolated from the kadamba tree was proven to have antihepatotoxic nature.

The CGA isolated was injected intravenously to a ccl4 intoxicated mice at a dose of 100mg/kg of body weight for 8 days and was proven that this caused significant improvement in the liver health (18).

The extracts of the kadamba fruit and leaves possess antioxidant properties. Studies had concluded that the extracts have potential antioxidant activity by inhibiting lipid peroxidation and also by increasing catalase activity (19,20).

It may reduce high-fat levels

The confusion of the Kadamba tree scientific names

Neolmarckia cadamba is the widely accepted scientific name for the cadamba tree. However, this name is not accepted in some botanical sources and they use another scientific name Anthocephalus cadamba.

Ginseng for Hair – Is it useful?