The usage of Kodo millets as a food source can be dated back to centuries. It was thought to be one of the ancient grains cultivated by humans since the Neolithic period. The plant is thought to be originated in Africa and introduced to India where it is now grown primarily.

These millets are popular by their local names in India like Arikelu in Telugu, Varagu in Tamil and Kodra in Hindi.

Well known for its high nutritional value and numerous health benefits, Kodo millets are still used as a staple food in several parts of India especially in the Southern Indian states of Tamil Nadu and Andhra Pradesh and Northern states like Uttar Pradesh.

What is Kodo millet?

Kodo millet or Arikelu is a fast growing, drought tolerant, annual grass that reaches to a height of 1-2 meters. The plant looks bushy due to their long and broad leaves.

Its ability to adapt to fertility depleted soils, high herbage, huge productivity and its unique storage ability of the grains made Kodo millet a great crop among the farmers and also while famines.

Kodo millet occupies an important position among the millets mainly due to its unique drought-tolerant nature and nutritious profile. Its drought tolerant nature is even mentioned in several ancient texts of India like the Brihat Samhitha dating back to 6th century CE.

Covered with a thick husk, seeds of this millet are small and measures about 2mm in length and 1mm in width. They vary in the color from light red to gray, round to ellipsoid in shape and germinates 5-7 days after sowing.

Kodo millets are highly nutritious and make up a very balanced diet. They are a great source of proteins, dietary fiber, vitamins like niacin and riboflavin, minerals like copper, manganese, and phosphorus.

Apart from that, Kodo millets or Arikelu also have considerable amounts of calcium, magnesium, and sodium. They contain 8.3% Protein and 1.4% Fat (1).

Essential amino acids like lysine, threonine, and valine are also present in considerable amounts in this millet (2).

It may help to control Obesity

Millets were undoubtedly a healthier choice for weight management. Especially, millets like Kodo are well known to control obesity and its complications. This millet can be a great alternative source for rice and wheat.

A study had found that Kodo millet is known to have a protective function against problems caused by the intake of a high-fat diet like reduced glucose intolerance, dysbiosis of intestinal beneficial bacteria and increased serum lipids saying that these millets can be incorporated as an ingredient for obesity management (3).

Another study conducted on obese adolescent girls with metabolic syndrome had also shown that these millets have a positive effect on obesity by significantly reducing body fat, mean weight and waist to hip ratio (4).

Arikalu or Kodo millets are consumed as a staple food since ancient times in India and were known to have remarkable health benefits.

Recently, they had gained popularity as a food source that can help in reducing diabetes and its complications.

It has Anti Oxidant Properties

Studies conducted on Kodo millet had proven that they have powerful antioxidant properties.

When whole grains, dehulled grains, and hulls of Kodo millet are tested to know their antioxidant activity, Kodo millet phenolic extracts had exhibited a great inhibitory activity on the oxidation of LDL cholesterol and liposomes. These grains also showed inhibition of radical induced DNA scission in a dose-dependent manner.

The study also said that the antioxidant activity is high in hull than whole grain and low in dehulled grain when tested (6).

Free radicals are known to cause significant damage to cells and tissues if they were not counteracted by the body. Foods such as Kodo millet are a rich source of antioxidants that can help in reducing free radicals.

The white variety of this millet had shown 70% DPPH quenching when compared to other millets used in the study which showed 15-53% (7).

Studies conducted to know the effect of this millet on wound healing had proven that these grains had accelerated the wound healing process.

Wound healing was assessed by applying the Kodo millet flour once daily on an excision wound made on rats for 16 days. Finger millet, also known as Ragi is also tested in this study. The Kodo and Finger millet had shown 88-90% rate of contraction when compared with untreated rats which showed 75%.

The days required for complete closure of the wound is 13 days for Finger Millet and 14 days for Kodo millet in comparison with 16 days in untreated rats (8).

Arikelu or Kodo millet was one of the ancient millets described in several traditional medicinal systems as a grain with numerous health benefits.

In Ayurveda, Arikelu or Varagu arisi is used as a medicine for obesity, blood-related problems, skin problems, diarrhea and also to reduce the inflammation.

Some of the regional names of this millet include Kodra in Hindi, Gujarati, and Punjabi.

In Telugu, they were known as Arikelu. In Tamil, they were called as Varagu and Harka in Kannada and Kodo in Bengali.

In India and Africa, Kodo millet is used in the preparation of a wide range of dishes. They are mainly cooked and used as a substitute for rice.

Breakfasts like dosa, upma, and idly are prepared in India using these millets.

They are ground into flour and used to prepare puddings and porridges. They are also used in the preparation of various snack items.

How to prepare Kodo millet rice?

To prepare Kodo millet rice, take 1 cup of the millets, wash thoroughly and soak them in four cups of water for 5 hours (Millet:Water-1:4) (Approximately 200grams of millets can serve for 3-4 people).

Later, take a pan and pour the water which is used for soaking millets. Boil the water at a medium flame for five minutes.

Now, transfer the millets into boiling water and cook them in high flame for five minutes, later reduce the heat to medium and cook for 5 minutes and thereafter in low flame for 5-10 mins.

Check for the grainy appearance of the millets, That’s it Kodo millet rice is ready.

Toxicity and Word of Caution

Although Kodo millets are used as a staple food in several parts of the world, they can also be poisonous if they are infested by fungal species like Aspergillus flavus and Aspergillus tamarii. These fungi release a toxic substance called cyclopiazonic acid which causes Kodua poisoning.

In humans, Kodo millet poisoning can lead to nausea, vomiting, depression, disturbances in mental abilities and even unconsciousness (9).

So, avoiding contaminated Kodo millet grains is necessary as it can lead to serious health problems. 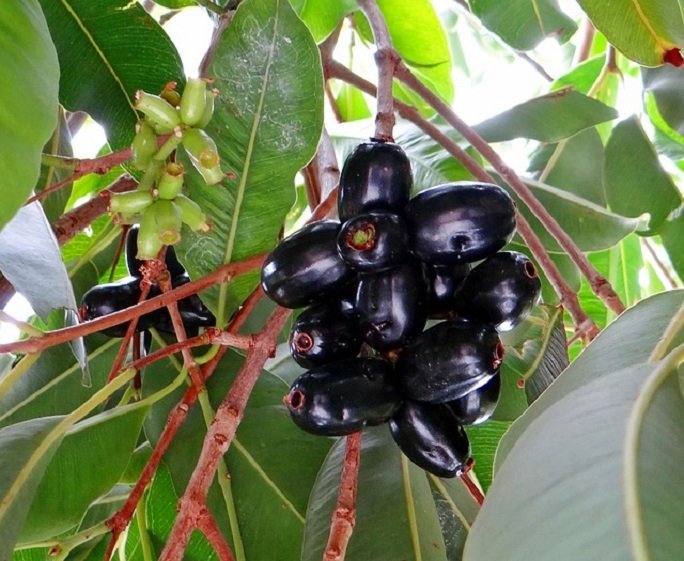 Jamun or Java Plum: A Great Remedy for Diabetes