With recent advancements in agriculture, Proso millet a staple food for many of us is now mostly replaced by cereals like Rice and Wheat. However, it still holds great importance as a food source in certain parts of the world. 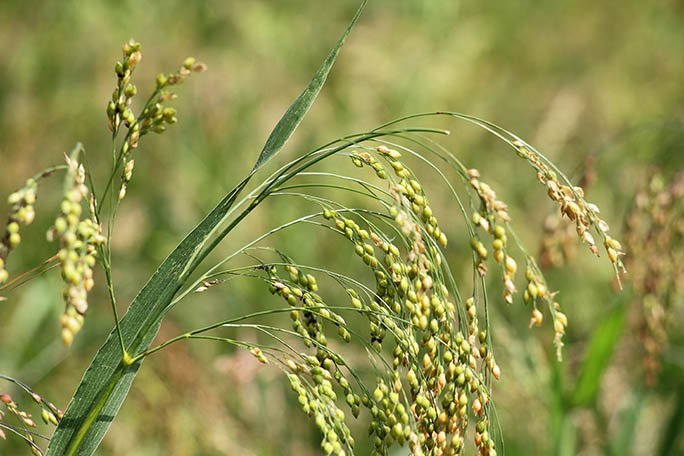 Proso millets are excellent plants with minimal water requirements and produce good amounts of grains in short duration. They can be distinguished from other millets mainly by its large, heavily branched head (seed-bearing part).

It is an annual plant that reaches up to a height of two feet having a cylindrical and hollow stem. Leaves arranged alternately on the stem. Both the leaves and the stem are covered with fine hair (Trichomes). The plant has a panicle inflorescence that can be erect or drooping and the roots are fibrous and shallow.

Proso millet seeds are small, oval shaped and differ in their colour based upon the variety. They are smaller than millets like sorghum and pearl millet and have a similar size to that of finger millet.

The tiny Proso millet seeds are packed with important nutrients and provides about 350 calories per 100 grams. The protein content of these millets (11.6%) is similar to that of wheat. However, the grains are significantly high in essential amino acids leucine, isoleucine and methionine making them a high-quality protein source (1).

They are a rich source of vitamins like Thiamine, riboflavin, niacin, pyridoxine and Vitamin E along with minerals like phosphorus, manganese, iron and potassium.

The mineral content in proso millets is similar or slightly higher to that of other cereals. These millets are also rich in soluble fibre and its fibre content in dehulled grains can be compared with that of oats. It also contains several bioactive compounds like polyphenols that have great nutritional importance (2).

In addition to being a food crop, proso millets offer significant health benefits. Its nutritional constituents make it a healthy diet for diabetes and obesity. It is also considered to have beneficial effects on heart and liver health.

Several studies had shown low levels of adiponectin production is linked to type 2 diabetes. Good food and moderate physical activity are very important in managing type 2 diabetes. Food sources like proso millets may benefit you in such a case.

In one experiment, it was revealed that Korean proso millet protein concentrate was able to elevate the plasma levels of Adiponectin and HDL- cholesterol in obese type 2 diabetic mice and was also able to bring down glucose and insulin levels significantly (3).

It may protect Liver Health

Proso millet contains dietary proteins that can have a natural ability to protect the liver. Research conducted also suggest that proso millet protein can be considered as a preventive food for liver injury.

Diet with 20% proso millet protein was fed for 14 days to the rats subjected to D-galactosamine liver injury. The protein diet showed a protective nature by suppressing several enzymes elevated due to D-galactosamine activity when compared with the rats fed with 20% casein diet (4).

It can regulate Cholesterol metabolism

Consuming healthy and nutritious food is very important in controlling cholesterol levels in your body.

Research has shown that dietary proso millet protein is linked to elevate the HDL cholesterol levels in the plasma. Considering the activity of HDL against the formation of fat deposits in arteries, proso millets can be useful as a food that can regulate cholesterol metabolism in the body (5).

Diet plays a very important role in cancer both positively and negatively. A healthy diet with good amounts of fruits, vegetables, fibre and less processed meats, fried foods and soda may help to reduce the risk of cancer.

Proso millets are a fibre and nutrients rich food that can help to fight against cancer. Research conducted had shown that proso millet extracts had exhibited anti-proliferative properties against MDA human breast cells and human hepG2 liver cancer cells when tested in-vitro (6).

It may control Obesity

Out of several factors that were known to cause obesity, food habits play a major role. Including diet with Whole grains such as proso millets can be beneficial in weight management and other health conditions.

When 1% Proso millet extract supplemented diet was fed to obese mice in an experiment, the extract was able to decrease the body weight and total cholesterol levels in the treated mice when compared with obese mice fed with normal diet (7).

To begin with, wash 1 cup of proso millets and soak them for 30 minutes.
Take 1 tablespoon of oil in a pan and heat it.
Add mustard seeds and allow them to crackle. Then add cumin seeds.
Later add curry leaves, chopped onion and green chillies. Saute them until the onions turn transparent.
Now add 2 cups of water and salt as required. then allow it to boil.
Add the soaked millets to the boiling water and turn the heat low. Cook until the water is absorbed by millets.
That’s it healthy and nutritious proso millet upma is ready. Enjoy the upma directly or serve hot with sambar or coconut chutney.

If you feel that the millets are uncooked just simply add a little amount of water and cook on low heat for some more time.

To prepare proso millet dosa, take 2 cups of millets and wash them twice. Soak the millets in water for 6 hours.
At the same time wash 1 cup of urad dal, half cup rice and half teaspoon fenugreek seeds and soak them together for 6 hours.
Now grind the above mixture and the soaked millets separately.
Add both of them into a bowl and mix them well by adding half teaspoon salt.
Leave the batter for about 8 hrs by covering with a lid for fermenting.
Now take the batter and prepare a dosa using dosa tawa and serve hot.

To prepare proso millet rice, take a cup of these millets and wash them twice and add 3 cups water and soak the millets for about 6 hrs.

If you are cooking the rice using a stove, take a bowl and add 3 cups of water ( you can even use the water in which the millets were soaked) and allow them to boil. Then add the soaked millets to the boiling water and in low heat cook the millets until the water is absorbed.

And if you are using rice cooker just follow the procedure of regular rice(but millets and water in 1:3 ratio). In the case of the pressure cooker, it takes 3-4 whistles.

Where to buy and How to store

One can buy proso millets or its flour from supermarkets or grocery stores. Else, you can purchase them online. The goodness of this millet is also available in the form of cookies and protein bars.

When you store these grains make sure to winnow them to get rid of unwanted chaff. Once you are done with this process, transfer them to a clean airtight container and store them in a dry place.

Proso millet is known by various names across different regions of the world. It is also called as hog millet in united states, Broom corn millet in China, Common millet in some European and Asian countries.

In india depending upon the language proso millet is called as Barri in Hindi, Varigalu in Telugu, Panivaragu in Tamil and Baragu in Kannada. 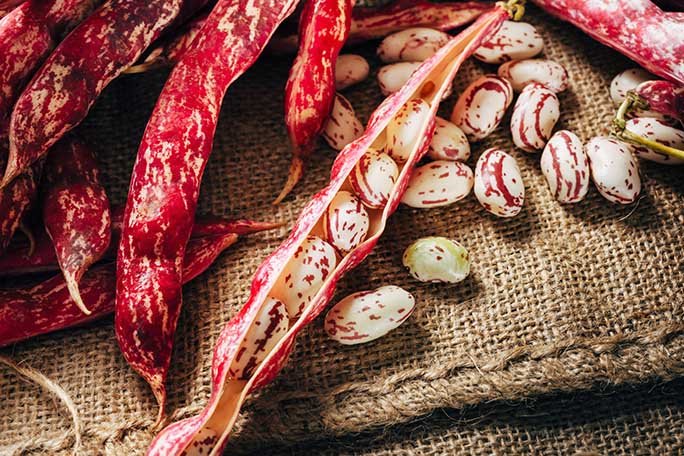