Ragi also known as Finger Millet has been used for centuries by Africans and South Indians as a staple food. It is one of the crops that support the food supplies.

This annual crop can grow up to a height of 170 centimeters and takes up to 3-6 months to mature, depending upon the variety. The leaves of this plant look like grass and its forked head contains numerous tiny seeds that turn red on maturation.

As the seed head portion of the Ragi plant looks look like fingers of the hand. These plants got the name, Finger Millet. 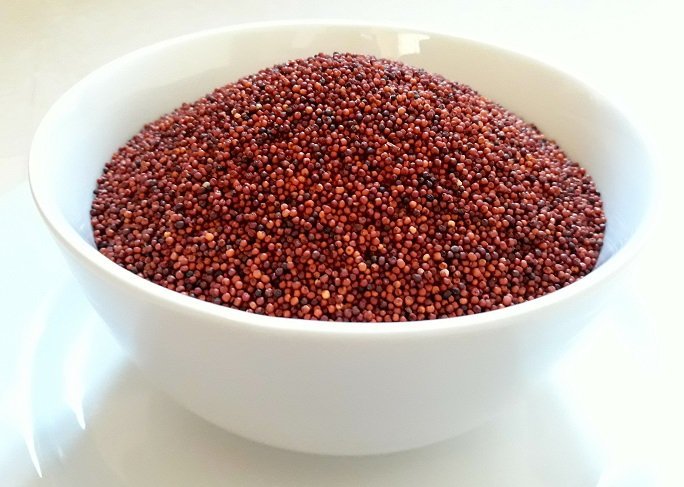 Ragi is believed to be originated in East Africa and spread to much of South India and Nepal. It has been used as a staple food for at least 2000 years.

Ragi is renowned for its nutritional value. It has a good proportion of Amino acids, Vitamins, and Fiber.

Finger millets can be stored for several years. They are less prone to insect damage, which makes it the best food during famines.

Ragi is one among the best dryland crops that are drought tolerant and can be cultivated in areas with moderate rainfall.

As the incidence and prevalence of diabetes is increasing day by day globally, the demand for the foods that helps to combat the effects of diabetes is also increasing. Ragi is one such food that can help you to fight against diabetes and its complications.

The presence of high fiber and carbohydrates which are slowly digested and assimilated when compared with other millets made ragi a recommended diet for diabetes mellitus.

Ragi diet can delay the absorption of glucose because of its phenolic compounds which will be beneficial for diabetic patients (1).

Rich in Calcium and Iron

Calcium is necessary for the firm and rigid bones. Normally we require 1000 to 1200 mg of calcium for a day in order to meet the body requirements.

If you don’t go with dairy, then you need to go with the alternative diet that can provide you the calcium required.

Ragi is one of the non-dairy sources that is loaded with calcium. It contains 350 mg of calcium per 100 grams making it one among the top calcium-rich foods.

Besides calcium, ragi is also rich in iron, an important component of hemoglobin and also required for oxygen transport in the body.

Ragi possesses anti-microbial properties that can protect you against harmful pathogens.

Studies conducted on the extracts of the seed coat were proven to contain anti-microbial properties against bacteria like Bacillus cereus (known to cause foodborne illness) and several fungal species.

These anti-microbial properties exhibited by the finger millet is might be due to the presence of polyphenolic compounds (2).

Cooling effect on the body

It is very important to have foods and drinks that can reduce the body heat and helps us to stay healthy and hydrated.

Besides its nutritional properties, Ragi is one such food that can be taken in various forms like porridge, meal and can help you to reduce the body heat.

Research conducted on wounded diabetic rats have shown to improve the wound healing process when they were fed with finger millets.

Feeding them with finger millets had increased the epithelization, collagen synthesis, fibroblasts and mast cell activation in the body. That helped the overall healing process with an increased rate of contraction (3).

The Anti-Oxidant properties of millets too backed the healing process.

It has Antiulcer Properties

Ulcers are a prevailing health concern affecting people of all ages.

When there is a break on the mucosal membrane and if the body fails to repair this, it can lead to Ulcer.

Taking a good food can bring you a significant relief from these painful situations.

Ragi is one such food that can bring you relief due to its anti-ulcerative properties.

Studies conducted by supplementing Ragi with staple rice have shown the considerable effect to protect against mucosal ulcers (4).

Ragi is an abundant source of Vitamins and Phytochemicals that can act as antioxidants.

Antioxidants are the compounds that defend against harmful molecules called free radicles, which are formed as by-products of the metabolic process.

Finger millets are rich in polyphenols a group of phytochemicals that play a vital role as antioxidants and also in the proper functioning of the body (5).

They are also rich in phenolic compounds like proto-catechuic acid, Benzoic acid derivatives and p-coumaric acid which are well known to exhibit antioxidant properties.

Magnesium is an important mineral in the body that regulates various biochemical reactions that helps in muscle and nerve functioning, and also in regulating the blood pressure.

A healthy body requires approximately 400 mg of magnesium in a day and may differ by age.

Ragi is one among magnesium-rich foods that can satisfy the body’s requirement, as it contains approximately 408 mg of magnesium per 100 grams (6).

Types of foods that you can make using Ragi

Along with its traditional foods, this nutritious grain can be used to prepare a variety of foods like

Porridge: which is prepared by boiling the finger millet grains.

Bread and other baked products: Ragi flour is used for the preparation of these products.

Sankati or Sangati: A popular dish in southern India which is prepared by mixing rice with ragi flour

One can even consume ragi as malt, by mixing the ragi flour in boiling water or milk.

Besides these foods,  Ragi is also being used in India to prepare ragi versions of their traditional foods like laddu, Halwa, Pakoda, Idli, and Dosa considering the nutrient values of this millet.

Ginseng for Hair – Is it useful?

13 Amazing First Foods for your Baby